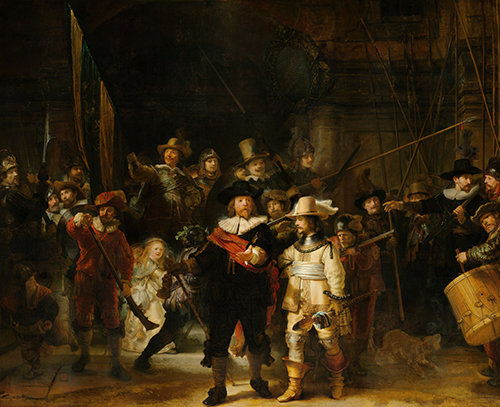 In the 17th century you could make a career if you were part of the local militia. The shooting club is the place to network. The main members had themselves portrayed as a group, not meant for private, but for the association building. Rembrandt painted a group portrait of gunners in an unprecedented way. The group is not depicted as usual, statically in a row like a football or soccer team. But as a theatrical group in action on stage. As if they step into our world, the world of the spectator.